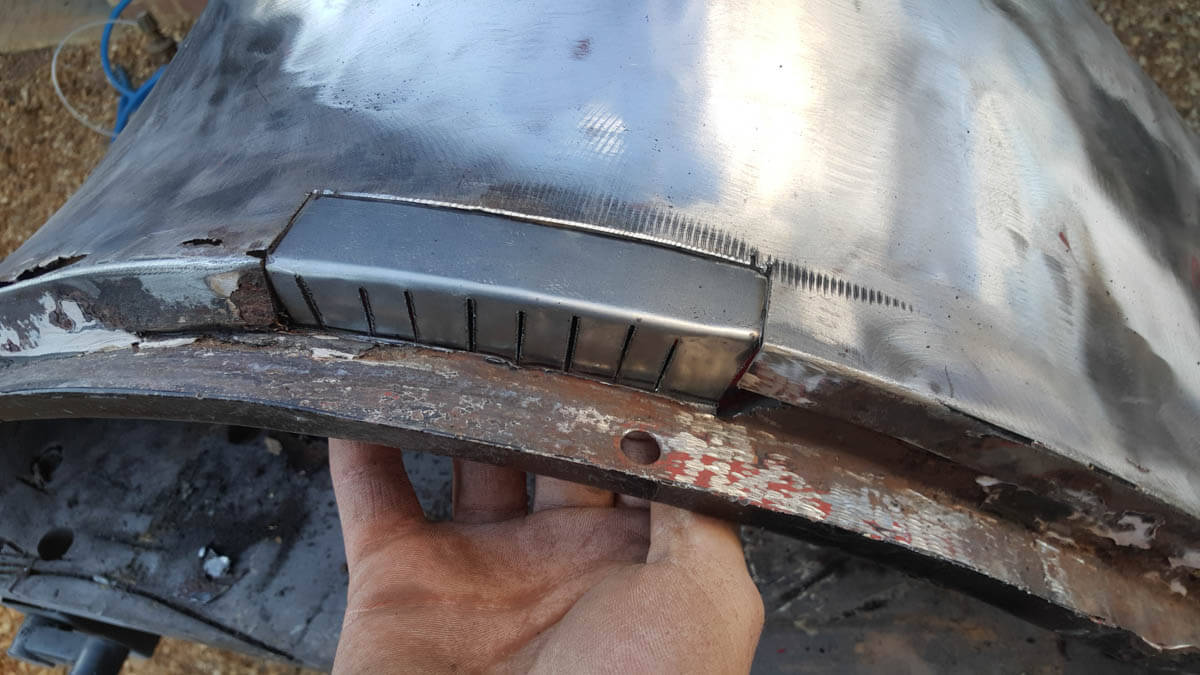 Having removed the paint from the inner wing, there was a staggering amount of filler, holes and rust. By now I’ve become used to revealing gaping holes and numerous bodges, but I’m keen to cut them all out and replace them with new metal.

Today I spent a good couple of hours cutting out two large sections of rust, one where the wing meets the bumper;

…and the other on the arch of the wing;

I fabricated a couple of new sections for both these areas, and one small patch for where the headlamp attaches to the wing;

Next up, I’ll clear up the sections and put some filler over the joins. I am still apprehensive that the folded edges (where it meets the outer wing) are very weak. You can see the end result as well as a video of the complete process in the next post.