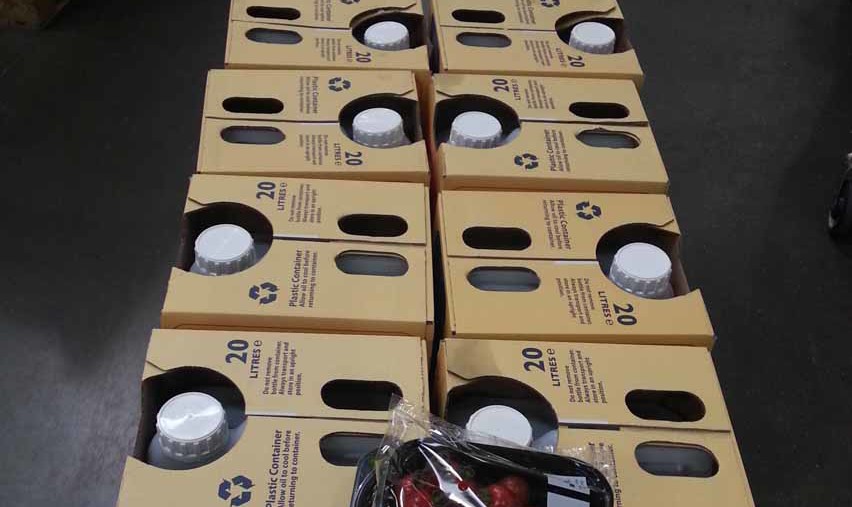 I had seen a few articles online about running diesel engines on vegetable oil, so I thought I’d give it a go with the taxi. To be honest, I thought it was a bit too good to be true, given that the price of veg oil is around 60p/litre.

There are plenty of online forums dedicated to running vehicles on anything that’s not available in the forecourts, such as Veg Oil Motoring and Veg Oil Diesel which explain all aspects of running a car on the yellow stuff. Turns out there is a whole culture of motorists who take used oil from pubs/chippys fryers, refine it in their homebuilt equipment and then use it in their car, effectively FOR FREE!

Now whilst this all sounds great, there are some critical things you should understand before you ditch BP and make friends with your local burger van.

On the upside, the taxi’s Nissan Terrano 2.7 is bulletproof and an ideal older diesel engine to run veg oil. So I thought I’d give it a go, with the aim of saving money. Apparently it is better for the environment and makes the engine run more efficiently, but I’m not too bothered about either of those things.

I had seen some big 20 litre tubs of vegetable oil in Costco (wholesalers in the UK) for £14 which works out at 70p/litre. I only bought one initially, so I could test it out – if it worked well I’d head back to buy some in bulk. Came back home with my 20 litres, and thought I would pop some in the fuel tank. It seemed like a good idea to test out the oil as a mix to begin with, just to see how the engine performed, then I could add more later. So I had approx. 10 litres of diesel in the tank already, so I thought I’d mix in 5 litres of the oil – resulting in a 1/3 mix of oil. The engine ran with no problems whatsoever, and I drove up and down the lane a couple of times make sure it mixed up and got into the engine.

Second test, was a 50/50 mix. Again, this ran fine, however I did realise the engine was warm at this point, so I wanted to let the engine cool down before I started adding any more oil. If you’re trying this yourself, it’d probably be wise to have a spare supply of diesel around, just in case it doesn’t work and you need to drain it all out!

Having let the engine cool down for a couple of hours (and it was a warm summers day around 20°C), I tried starting it up from ‘cold’ with no problems at all – it started on the button as usual. After a couple of days of testing and driving around, I eventually had it running on 100% vegetable oil – I honestly couldn’t believe it.

Apart from the regular smell of doughnuts, the rest of the summer went without a hitch running on pure oil. However, it was when things started to get colder towards autumn that the engine struggled to start. If you’ve read some of the other things on this website, you may know I don’t use the taxi as a daily driver, which means I don’t regularly start the car early or late in the day when it’s colder. So I had to start reducing down the ratio of fuel, proportional to the temperature. In the end, the winter was just too cold to start the engine on anything more than 25% veg. I contemplated putting in a second tank, as described earlier, but I couldn’t justify spending the money and time on fitting the peripherals in order to save a bit on fuel.

You may be thinking of the legality of using oil as a fuel in the UK, in which case you can take a look at the Revenue and Customs Briefs. To summarise, you can use up to 2500 litres of oil without paying any duty. Frankly I was never going to use anywhere near that amount of diesel, considering the frequency I use the taxi, so I never bothered logging it (although you’re supposed to if you’re unlucky enough to get stopped by the police, then audited).

In conclusion, if the ratio is right for the environment, the engine ran fine for over 2000 miles without any running issues – it was really the engine starting which could cause an issue. To be honest, now the fuel at the pumps is hovering around the £1.05/l mark (Jan 2016), the savings with the vegetable oil isn’t as substantial as it was back in 2014 (£1.40/l) when I did this test. Having said that, I don’t know if the oil has reflected the decrease in price we are seeing in the forecourts; maybe it’s time I tried it again…!

Getting Ready for the MOT